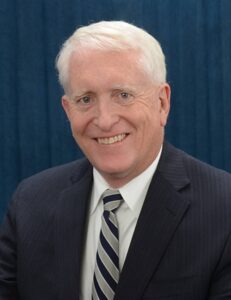 Following his clerkship with Chief Judge Seth, Mr. Jarmie was appointed to serve as an Assistant U.S. Attorney, where he prosecuted a wide variety of cases including white collar crime and political corruption cases. He next accepted a position as the senior prosecutor and chief of the New Mexico Attorney General’s Special Prosecutions Division.

Mr. Jarmie was later appointed as the director of the Albuquerque City Attorney’s Civil Rights Division, where he defended suits brought against the Albuquerque Police Department, and developed and taught an innovative civil rights training program required for all APD officers.

After leaving the City Attorney’s office, Mark Jarmie opened up a civil trial practice, where he has served clients throughout New Mexico and parts of Texas for twenty years. His clients include governmental entities, businesses, insurance companies and individuals. The primary focus of his practice is in the litigation of tort, employment, and civil rights claims. Mr. Jarmie has been lead counsel in over thirty jury trials and has participated in over four dozen appellate arguments.

Mr. Jarmie has been honored as New Mexico’s Outstanding Young Lawyer by the New Mexico Bar Foundation. He has twice been awarded the New Mexico State Bar Distinguished Service award, once for his work on behalf of crime victims, and a second time for developing a State Bar outreach program towards government lawyers. He is the author of several articles, and a member of the American Board of Trial Advocates. He is also an Adjunct Professor at the University of New Mexico School of Law and teaches the evening sections of the school’s Evidence and Trial Practice course.

Mark Jarmie is a graduate of the Straus Institute for Dispute Resolution, and provides effective and cost-efficient mediation services. Additionally, Mr. Jarmie is a co-founder of Another Look, a separate professional trial consulting service for cases that need a second analysis.

Legal Notice: Please be advised that this website is designed only to provide general information about our firm. It does not establish an attorney-client relationship. It is not intended to provide legal advice or services. Please do not forward any materials to any member of our firm unless we ask that you do so and until we make formal arrangements to form an attorney-client relationship. Sending an e-mail inquiry to one of our attorneys does not form such a relationship. A relationship is not established unless, and until, we accept your case.